Getting to Know Your Tonewoods: Honduran Mahogany 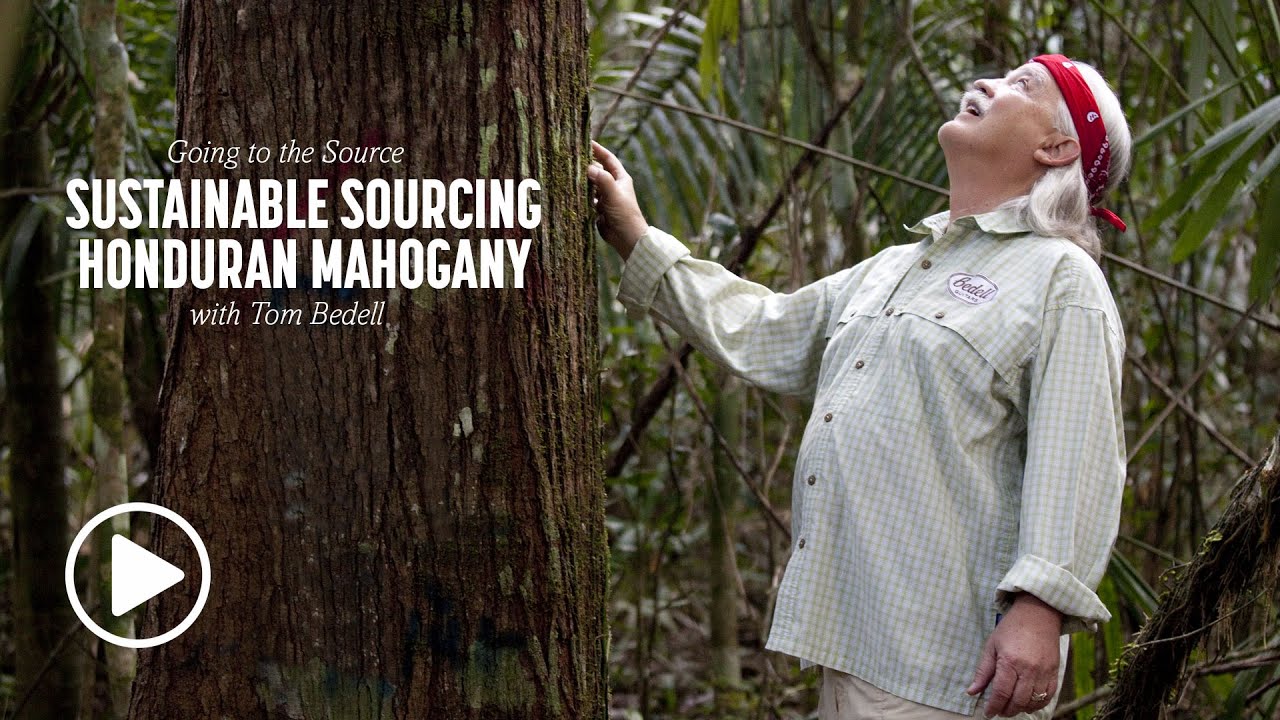 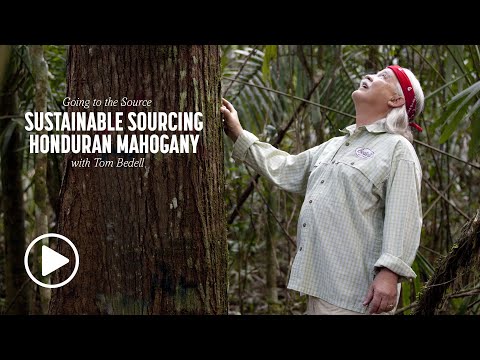 Swietenia macrophylla. Big leaf mahogany. Often called Honduran mahogany or genuine mahogany, by any name it is one of the world’s most renowned tonewoods, a precious commodity grown naturally only in a thin band from southern Mexico to northern South America.

It is the great yin to rosewood’s yang—warm, dry and midrangey, it counters the former’s bloom of overtones with a beautiful directness, emphasizing the fundamental with an organ-like clarity and definition.

Introduced into luthiery on a large scale in 1907, by the 74-year-old C.F Martin & Co., the Nazareth, Pa.-based builder used it on its “lesser” models, which still cost more than some deluxe issues from its upstart competitor, Gibson, founded in Kalamazoo, Mich. in 1902.

Genuine mahogany is the voice of American folk music, with Bob Dylan kicking off his career with a Martin 00-17 before recording his debut album with a Gibson J-50. A songwriter’s dream, mahogany lets the lyrics shine, lifting the message rather than competing with it.

Additionally, genuine mahogany is one of the great structural woods of fine instrument making. Its density, stiffness and strength-to-weight ratio have made it a prime neck choice for steel string guitars for over a century. It has also found a welcome home inside guitar bodies, providing sturdy, resonant and durable blocks at neck and heel, along with select reinforcement braces.

Mahogany still costs dear, not just on the wallet, but to the earth as well. According to World Resources Institute, 70 percent of the planet’s genuine mahogany was cut between 1950 and 2003, most of it landing in furniture and luxury items, leading to its protected status from the Convention on International Trade in Endangered Species in November of the latter year.

WRI notes that “many guitar makers have taken a stand to support sustainable community forestry programs in Central America.” Led by namesake Tom Bedell, Bedell guitars, is at the forefront of these efforts.

As noted above, you will find all solid sustainably sourced genuine mahogany—fashioned from Forest Stewardship Council-certified billets—in the tone-and-sustain-enhancing blocks and comfortable, traditionally shaped necks of all Bedell instruments.

A genuine mahogany neck, straight and true, instantly familiar to your hand and solid enough to not steal vibrational energy from the top, is your best friend.

The beautifully straight-grained backs and sides of Bedell 1964 Special Edition guitars allow the Adirondack spruce tops to pop, making the dreadnought a bluegrass monster, and giving the parlor an unexpectedly huge voice under pick or fingers.

The well-named Bedell Classic Folk goes all the way, a punchy, authoritative all mahogany build with a singular, spare definition. These instruments are much loved by stage and studio engineers for their clean response on a mike.

In 2015, Bedell, as part of his relentless pursuit to personally guarantee the sustainability of Bedell Guitar tonewoods, flew to Flores, Guatemala to begin a journey to convene with a community forestry collective of 85 families, Custosel, which is carefully maintaining a forest concession in the country’s department of Peten, where Honduran mahogany grows over 150 feet tall, covered in cracked gray bark, occasionally dropping inedible “sky fruits” filled with dozens of winged seeds.

Custosel is one of nine such concessions within the Maya Biosphere Reserve, which was established in 1990 to insure the preservation and maintenance of the country’s natural resources.

As is his custom, Bedell, after grinding in a pickup truck through hours of bumpy, mud slick rainforest roads, met with government officials, members of the Rainforest Alliance and Custosel representatives to discuss the forestry methods used—with each tree plotted to specific GPS points and monitored for its health and importance to the continued life of the forest.

“There’s a whole set of rules that the NGOs helped the government put into place,” he explains. “Each concession has to be FSC certified; they have to have a five-year harvesting plan; they have to have gone into their area and completely mapped out all of the trees. They can only harvest a certain amount of each species per year and every five years there’s an audit. If there are not more of that species of tree growing five years later, then the government will pull the concession.”

As is also his custom, Bedell “met” the eight trees selected by the concession for Bedell Guitars’ use, the culling of which would enable more stock to thrive.

“It was an emotional experience,” Bedell told the cultural creative magazine Conscious Connection at the time. “These are living things, they’ve been growing for 150 years, and we were cutting them down. But the sawyer explained to us that Honduran mahogany needs a great amount of light to grow and mature. Right near the trees that were felled were younger mahoganies that would now be able to grow. When the trees were felled, huge holes of skylight were opened up in the forest canopy. So, essentially, while we were taking the life of one tree, we were giving life to others.”

Following the cull, the giant logs, rather than being sent directly to Bend, were milled and processed through Custosel and its Flores partners Forescom, arriving in Oregon as the aforementioned roughed-out billets.

After additional in house processing, Chief Product Designer Angela Christensen estimates the most recent shipment, from 2017, as providing enough material for 1,100 all mahogany instruments.

“We pay significantly more money than the furniture or the flooring companies that buy mahogany from Custosel,” Bedell says—and every bit of that high-grade rare wood is put to good use in instruments that will last more than a lifetime.

Before returning to the capital city and the flight home, Bedell and his companions spent the night in the wild, resting on platforms built that evening for just such a purpose.

“It’s just a beautiful sound,” Bedell says. Meaning the mahogany, not the monkeys.

“But they sounded pretty cool, too!”